With such an extensive cafe culture in Melbourne, I imagine that it must become hard to create a point of difference. Really good coffee, an innovative menu that caters for most eaters, and a slightly intriguing interior are considered the basics, but it’s the little things that now set each of Melbourne cafes apart. I'm always interested in seeing how newly opened cafes are making their mark, and so after the amazing experience that was Proud Mary, Antonia and I took the short walk down Smith Street, to Tomboy. I’d wanted to visit since it had opened, as the team there used to deliver these amazing little cupcakes and baked treats to my old work. Unfortunately, the didn’t have any cupcakes when we made our visit. Sad face. But full and bloated after breakfast, we soldiered on. 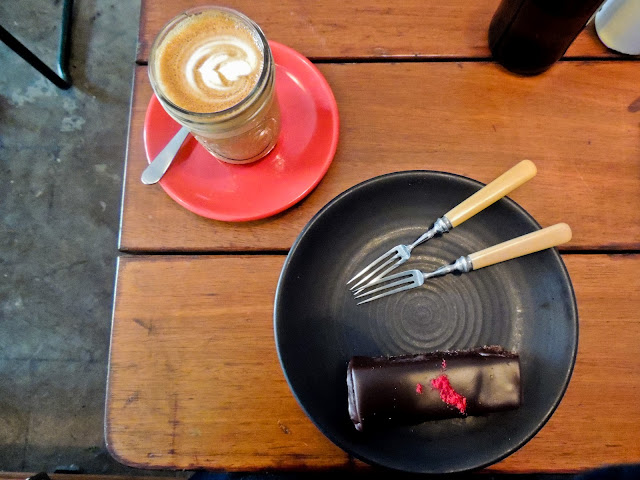 We only intended to try the cafe's coffee, however I took one for the team and ordered the chocolate and raspberry brownie. Rich and gooey, it was less of a brownie, and more of a raspberry-hinted chocolate cake. Highly recommend. Our coffee (Seven Seeds) came beautifully presented in one of their signature cut-glass jars and was as good as any well-travelled Melbournian would expect. 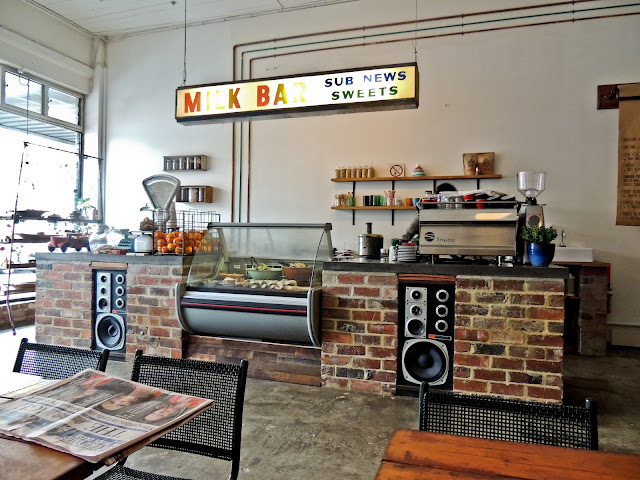 I thought the in-built counter speakers were a nice touch.


Tomboy's most impressive quirk is that their baked goods are all gluten-free. Apparently one of the owners is gluten intolerant, and creates treats that don’t compromise on health, texture or taste.
Most of the time, I associate gluten-free foods as being like the poor man's version of ‘normal’ foods, but this belief was shattered after delighting in Tomboy’s brownie. As one of the best cakes I have had for a long time, rich and flavoursome with a shadow of raspberry appearing after each mouthful, there was nothing poor man about it. 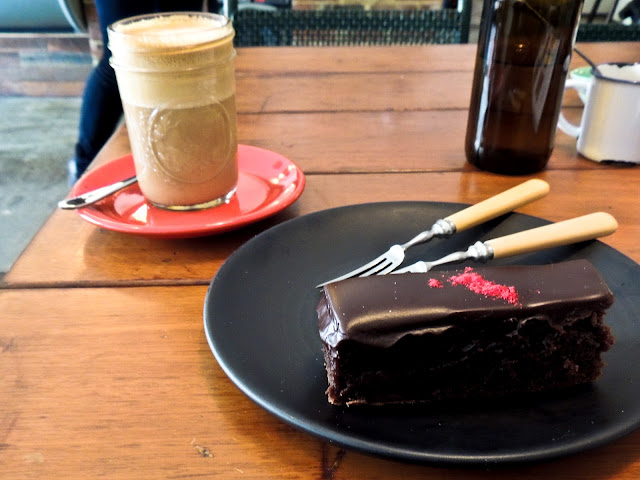 All in all, I liked Tomboy. It had all the components of a good cafe, and is somewhere I would go with friends to try the lunch or breakfast options. At the same time, the vibe within the cafe was pleasantly quiet and it certainly wasn’t a ‘loud’ cafe, probably because of the intimate size of the venue- which also means it’s perfect for a solo coffee. It’s probably worth noting that the selection of magazines they have for customers is also first-rate, with recent additions of I love you and Russh, which will always win extra points from me. I suspect Tomboy will do well on Smith Street, with lots of thoughful little details that are sure to keep the northern suburbs a’coming for some time. 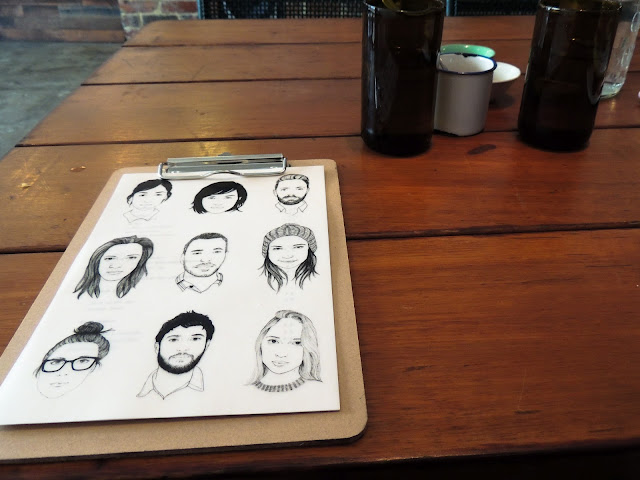 We're in Melbourne, so there was the requisite clip-board menu

Good for: Early morning Coffee (Opens at 7am!) or a quiet coffee with friends. Although I didn't stay for a meal, there are breakfast and lunch options too. The gluten-intolerant will love it.
Vegetarians: Not sure, as I only ate the brownie. Although, that was vegetarian.
Wait time: We walked straight in and found a table at around 11am. The cafe was slowly filling, but not bursting.
Food waiting time: Not long at all.
Cost: I paid $11 for two lattes and the brownie- works out to be the standard $3.50 for coffee and $4 for the brownie.  Bonza.